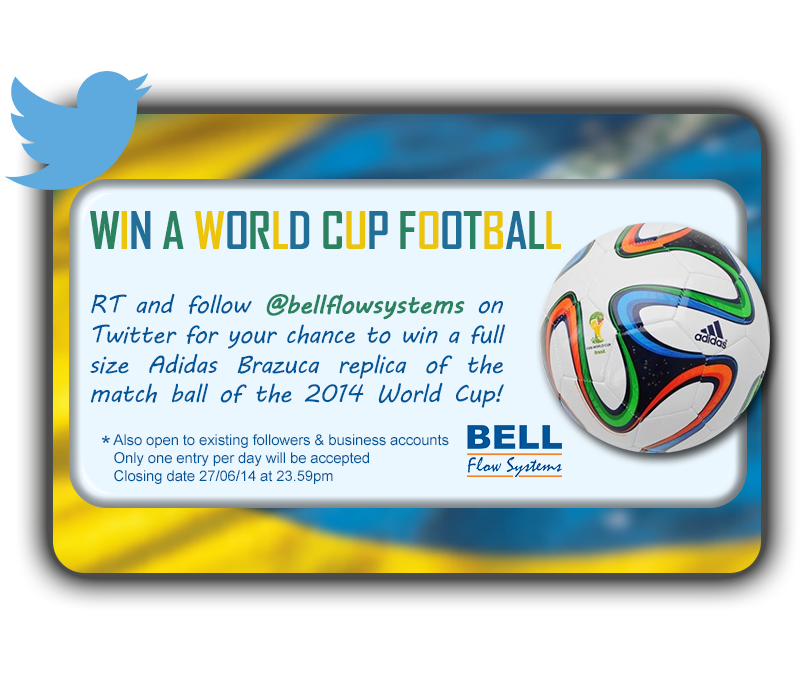 We are running a competition for our followers (old & new) on Twitter for a chance to win a full size (size 5) Adidas Brazuca football.
The Adidas Brazuca is the official match ball of the 2014 FIFA World Cup, which will be kicking off in Brazil tonight! The Brazuca football is the first FIFA World Cup ball named by fans (over one million Brazilian football fans voted). According to FIFA, the informal term ‘brazuca’ is used by Brazilians to describe national pride in the Brazilian way of life. The colours chosen for the football also reflect the vibrancy and fun associated with football in Brazil.
We’ve got an Adidas Brazuca replica football to give away to one lucky winner. For your chance to win you must both follow us on twitter (@bellflowsystems) and re-tweet our competition picture.

We are limiting entries to just one a day, if you re-tweet our picture more than once in one day, only your first entry will be accepted. Our competition is open to new, existing and business account followers and will close on Friday 27th June 2014 at 23.59pm. All valid entries will be entered into a prize draw with the winner being randomly selected. We will announce the winner on Twitter on Monday 30th June 2014.Fancy your chances? Follow us on Twitter.